Join us every Sunday at 9:30 AM (Utah time) to watch Music and the Spoken Word, a weekly presentation by the Mormon Tabernacle Choir.
Answers to Gospel Questions Vol. 3 pp 98-99 under Counsel given by President Charles W. Penrose

Now, some of our brethren have taken up quite a discussion as to the fulness of the everlasting gospel. We are told that the Book of Mormon contains the fulness of the gospel, that those who like to get up a dispute, say that the Book of Mormon does not contain any reference to the work of salvation for the dead, and that there are many other things pertaining to the gospel that are not developed in that book, and yet we are told that the book contains “the fulness of the everlasting gospel.” well what is the fulnesspel? You read carefully the revelation in regard to the three glories, section 76, in the Doctrine and Covanants, and you find there defined what the gospel is, There God the Eternal Father, and Jesus Christ, his son, and the Holy Ghost, are held up as the three persons in the Trinity-the one God the Father, the Word, and the Holy Ghost, all three being one God. When people believe in that doctrine and obey the ordinances which are spoken of in the same list of principals, you get the fulness of the gospel for this reason:

Why did President Charles W. Penrose teach The Trinity and why did he admit that there’s no LDS teachings in the Book of Mormon ? 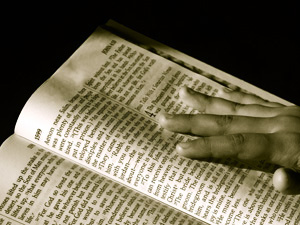 In English, we typically avoid describing our belief in terms of the Trinity to avoid confusion. Instead, we prefer the term "Godhead." But the difference between the two isn't as great as many people think. So much so that in Portuguese, Mormons do use the word "Trinity" to describe their belief.

Because of this semantic confusion in English, many Mormons don't realize their beliefs are pretty much trinitarian. But they are.

Elder Penrose is clearly not saying there are no LDS teachings in the Book of Mormon. I'm not sure how you got that from the quote you cited. But it is true that many Mormon teachings come to us through the Bible or through modern prophets and apostles.

I hope this answer helps. Please let me know if you have any additional questions. I'm happy to help.