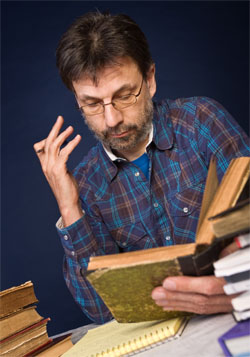 Belief based on evidence alone is superficial and powerless. Nevertheless, evidence in favor of the extraordinary Mormon truth claims can serve useful purposes. Angelic ministrations in our days? Modern-day prophets and apostles? A restoration of the ancient church? Many do not investigate the LDS Church because they can’t get past so remarkable a history. If you find yourself struggling with these kinds of feelings, supporting evidence can help you overcome your initial reluctance so that the marvelous spiritual and secular blessings associated with Mormonism can be evaluated on their own merits. Additionally, for those who already have an abiding faith, evidence can strengthen belief.

The purpose of this page is to catalogue some of the evidence that supports the Mormon position. The descriptions are brief, but links are provided for those who wish to learn more. Please let me know in the comments if you’re aware of additional findings that should be included here.

The Book of Mormon

Joseph Smith, the first Mormon, asserted that the Book of Mormon (BOM) was translated by the power of God from an ancient Semitic text written largely by prophets on the American continent. Critics suggest that the BOM is in fact a fabrication. ()

Many of the events in Mormon history provide evidence that supports Mormon truth claims. ()

The Book of Abraham

Joseph Smith claimed that the Book of Abraham was an account of the great patriarch translated by the power of God. Critics claim it is a fabrication. While the source of the translation is, in my opinion, uncertain, there is evidence that suggests the document is in fact derived from an ancient Semitic text.

The Holy Bible contains multiple prophecies regarding the message and mission of the LDS Church in the latter days. ()