Mormons believe that marriage is ordained of God. In Mormon culture, there are two types of marriage.

The typical preparation for an eternal marriage includes regular Church attendance and obedience to God’s commandments.

Why Mormons build temples
Mormons believe that after this life human beings continue to progress spiritually. We consider baptism and other ordinances, performed by those authorized of God, to be important steps in this spiritual progression. Many of our progenitors, however, did not have the opportunity to receive these ordinances. Many were born during times when the authority to act in the name of Godóthe authority to baptize, for exampleówas not had on the earth. Still others lived in countries where the gospel had not yet been preached. Only an unjust God would limit such individuals’ eternal progression. Progression must depend on personal choice, not factors beyond human control. In order to prevent this injustice, God has provided a way that those who have gone before us can receive the essential gospel ordinances. ()

The effects of vicarious temple work on the living are profoundly positive. Vicarious temple work expands the Mormon emphasis on the immediate family to include generations past. It helps Mormons better understand their roots and their place in God’s plan for humanity. Malachi 4:5-6 teaches, “Behold, I will send you Elijah the prophet before the coming of the great and dreadful day of the LORD: And he shall turn the heart of the fathers to the children, and the heart of the children to their fathers, lest I come and smite the earth with a curse.” Mormons believe this “turning of the hearts” is family history work and the subsequent work done in temples, work that unites families across generations.

(Scriptures: The Work for the Dead) 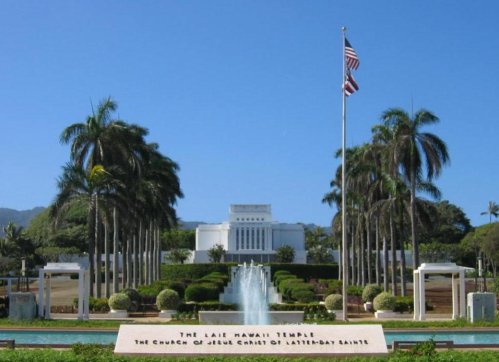 Vicarious temple work expands the Mormon emphasis on the immediate family to include generations past. It helps Mormons better understand their roots and their place in God's plan for humanity.

4 Responses to “Mormon Families and Temples”