Racial Diversity in the LDS Church

All (or most) Mormons are white?

This is a common misconception in the United States because many American Mormons are from Utah, located in a region of the country that is predominantly Caucasian. For example, notice on the maps below that Utah and neighboring “non-Mormon” states don’t have substantial African-American populations. 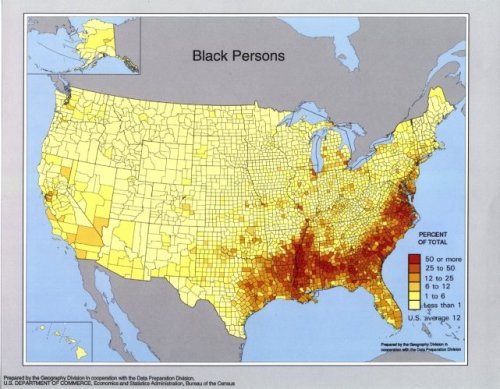 The distribution of African Americans in the United States 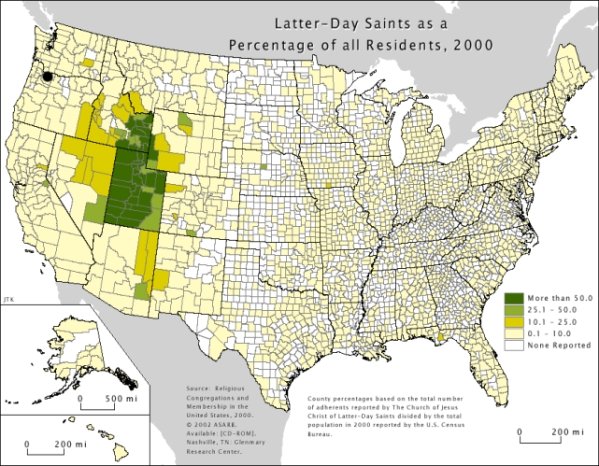 The distribution of Mormons in the U.S.

That having been said, there are many black Mormons even in the United States. Globally, Caucasians comprise a minority of Church membership and are “losing ground” with each passing year. See my Diversity Slide Show for more. () 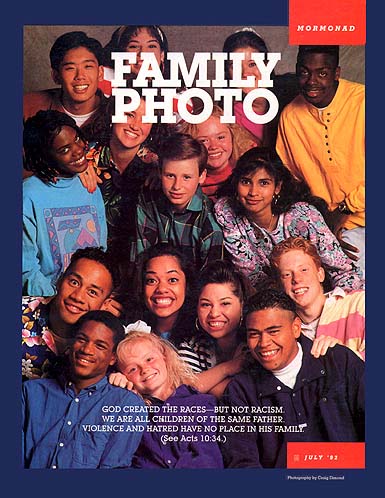 LDS MormonAd: God created the races...but not racism. We are all children of the same father. Violence and hatred have no place in his family. (See Acts 10:34)

Of course any group of millions of people will include a few racists, but bigotry is condemned by the Church and rejected by all faithful members. Historically, the opinions of some (though not all) Church members were in sync with the commonly accepted (and often incorrect) views of their times, views that included racism. One would be hard-pressed to find an organization of any era whose individual members were free from the influence of prevailing human philosophies. This history, however interesting, has little relevance to modern Mormonism, which categorically denounces racism in all its forms. That having been said, regardless of the erroneous views of some of its members in the past, Mormons have been in many instances quite progressive. ()

It is particularly ironic that many of the organizations that falsely accuse Mormons of “racism” themselves are affiliated with religious denominations that historically have openly embraced racism. Because this topic is so important to me, I’ve dedicated an entire page to racism. Also, be sure to check out my Diversity Slide Show for more.

5 Responses to “Mormons and Racism”