Music and hymns have been an integral part of our culture since its very inception. We believe that singing is an important form of worship and prayer to God. ()

The Tabernacle Choir
After fleeing persecution and arriving in Utah, Welsh-immigrant church members created a choir that has since become known internationally as the Tabernacle Choir. The Tabernacle Choir is not only one of the oldest and largest choirs in the world, it is also one of the most famous, having performed in more than 28 different countries as well as across the United States. In fact, after singing at his 1981 inauguration, President Ronald Reagan dubbed the Tabernacle Choir “America’s Choir.” All participants in the 360-voice choir are volunteers.

Music and the Spoken Word, a radio program that features the choir, is the longest running continuous network broadcast in history (75 years and counting) and is played on more than 2,000 radio and television stations.

The hymnbook used by the Church in its regular meetings is available online. The online version includes aids to help listeners learn the words and parts to each song. The modern hymnbook was first published in 1985 and contains 341 hymns, 26 of which were included in the original hymnal compiled by Emma Smith in 1836.

Only a stonecutter. An example of church-related cinema
Recent years have seen a surge in church-culture movies, both comedies and dramas. Unfortunately, there aren’t many snippets available on the net. While not strictly a church-related film, Napoleon Dynamite can be considered our cinema’s close cousin. I’m not sure how I feel about having Napoleon Dynamite as the church-culture ambassador to the world!

Examples of church-related cinema (i.e. movies with Mormon-culture themes) include American Mormon, Baptists At Our Barbecue, Book of Mormon Movie, Brigham City, Down and Derby, God’s Army, Jack Weyland’s Charly, Johnny Lingo, Legacy, Mobsters and Mormons, The Singles Ward, Mr. Krueger’s Christmas, Pride & Prejudice, Saints and Soldiers, Saturday’s Warrior, Sons of Provo, The Best Two Years, The Book of Mormon Movie, The Home Teachers, The Legend of Johnny Lingo, The Other Side of Heaven, The R.M., and The Work and the Glory: American Zion. Detailed descriptions of these movies can be found at www.ldsvideo.com.

Our educational system: seminary
Thanks to a four-year Church program called “seminary,” many high-school age teenagers are instructed in our doctrine, scripture, culture, and history for an hour every school day. For college students ages 18 to 30, the Church has a similar program called “institute” that meets weekly or biweekly. Nearly three quarters of a million students are enrolled in these two programs, with over 35,000 volunteer or paid faculty. (Accurate as of 2004.) ()

The Church has an extensive secular-education program as well, including universities in the United States and elementary and secondary schools abroad. Over 50,000 full-time day students are enrolled in Church university, elementary, or secondary schools. BYU Provo, with 30,000 students, is the largest single-campus private university in the United States (and probably the world). (Accurate as of ~2004.)

A comedy troupe talks about the importance of a good education.
130,000 students in North America are enrolled in BYU Independent Study, which offers 340 web courses and 530 courses by mail.
(Accurate as of 2006.)

Fifty languages are taught in the LDS Missionary Training Center (MTC) in Provo, Utah.
(Accurate as of 2003.)

In 2001, the Church established what it calls the “Perpetual Education Fund.” Low-rate college loans are made to impoverished students in the developing world, students that could not otherwise obtain a good education. Over 10,000 loans have been made to date, and the project is expanding.
(Accurate as of 2006.)

As member of our church become more educated they are more likely to be active Church participants, a trend opposite that found in most denominations.
(Accurate as of 1995?)

Utah was ranked first in the nation in both AP exams taken and exams passed per capita.
(Accurate as of 1997.)

“Utah is 50th in spending per pupil, but first in adults that graduated from high school and attended college.”
(Accurate as of 2006.)

The Importance of the Family

Families are central to our culture. We believe that marriages can last forever, not just until death. These kind of eternal marriages are called sealings. ()

Statistically, of all the United States, Utah is…

LDS Couples that marry in Temples have the lowest divorce rate “among all U.S. social and religious groups studied.” The divorce rate is 5.4% for men and 6.5% for women. Click to take a virtual tour of Temple Square, where I was married!
(Accurate as of 1999?, 1996.)

Of course, statistics do not fully capture the cultural importance we assign to the family. A personal essay I wrote while serving a mission in Brazil, entitled
The Chain, may help illustrate this principle better than mere numbers. 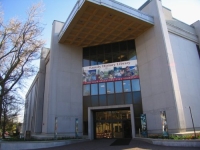 We are also very interested in our family history. The LDS Church has established the world’s largest genealogical database. It can be accessed on-line (www.familysearch.org) or through over 3,700 free branch libraries, all staffed by volunteers that help visitors learn to use family-history software and equipment. The Church has also created a computer program called “Personal Ancestral File” that allows everyone, whether a member of our church or not, to organize their own family history. 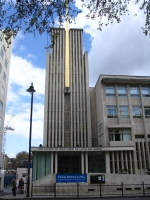 Why the emphasis on family history? Remembering those who have gone before is central to our culture. Malachi 4:5-6 teaches, “Behold, I will send you Elijah the prophet before the coming of the great and dreadful day of the LORD: And he shall turn the heart of the fathers to the children, and the heart of the children to their fathers, lest I come and smite the earth with as curse.” We believe this “turning of the hearts” is family history work and the subsequent work done in temples
that unite families across generations. Thus the emphasis on family history is an outgrowth of our emphasis on the family. (Accurate as of 2006.)