Join us every Sunday at 9:30 AM (Utah time) to watch Music and the Spoken Word, a weekly presentation by the Mormon Tabernacle Choir.
One of the most difficult issues of the Mormon faith to understand is the belief that God has a physical body, which by definition means that he was created. How do Mormons understand this idea? In addition, Mormons believe in a planet called Kolob for which no proof exists and that every Mormon can be a God of a planet. These ideas seem very problematic to monotheists who believe in the Bible. How are these matters explained? Thank you. 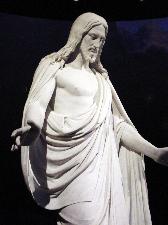 A statue of Jesus Christ at temple square in Salt Lake City.
Hi Dave. Much thanks for your questions. You're certainly not the only person who wonders about these things. Please forgive the bluntness of my answers. I've found that when dealing with misconceptions like these, it's often easiest just to address them as directly as possible. I mean no disrespect.

Your description of Kolob is not accurate, and the implication that it plays an important role in our theology is also inaccurate. We rarely discuss the notion in our church. Here's a link if you care to learn more: https://www.allaboutmormons.com/Questions/kolob_mormons_god_lives_planet_ENG_61.php

Beyond the details, though, your assertion that a person should only accept a theological principle if it can be proven is disingenuous, unless you happen to be an atheist or an agnostic. All religious people must accept principles that cannot be proven by examining the physical world. That's what the word "faith" means.

Your assertion that Mormons believe they will be gods of their own planets also suggests a serious misunderstanding of our theology. At the very least it's a vast oversimplification of our beliefs designed to suggest (incorrectly and unfairly) that we're polytheists. Here is an additional link that might provide some insight: https://www.allaboutmormons.com/Questions/mormons_gods_ENG_42.php

And that implication--that Mormons are polytheists--is very inaccurate. In all fairness, the confusion might stem in part from the way Mormons and other Christian religions sometimes use the same terms to mean slightly different things. But most serious, objective religious scholars see Mormonism as a monotheistic, Christian religion. Consider this quote from an academic book entitled "Anthology of World Scriptures" by Robert E. Van Voorst.

"The Church of Jesus Christ of Latter-day Saintssee themselves as Christian, and most experts in comparative religions would view this labeling as basically correct. That theyaccept the Christian Bible as their first cannon is a good indicator of this. Moreover, 'outsiders' to [Christianity], such as Buddhists, would almost certainly recognize them as belonging to the stream of Christian tradition."

Let me know if you have any additional questions. I'm happy to help. 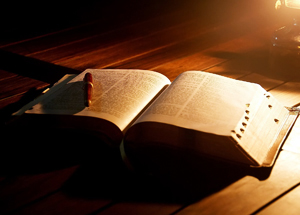 We believe the Bible is the Word of God, His sacred revelation to ancient prophets and apostles.
It is common knowledge in religious tradition that the terminology in the Hebrew Bible referring to physical attributes of God are merely metaphors for purposes of enabling a human being to relate somehow to God. The verbs connected with these attributes (i. e. hold, move, walk, see, etc.) are also meant so that the activities of God may be related to by the limited human mind. God transcends everything and is utterly beyond all description of human understanding. Any concept resembling the created world are themselves created. God is not created and has no beginning or end, and exists in the past, present and future simultaneously. We cannot conceive of anything about God other than what is given to us in the Book of Genesis etc. Otherwise we would be unable to relate to God in any way whatsoever since we are created.

Maybe the Mormons were trying to explain other mystical concepts that are difficult for people to understand and used wrong terminology. If so many people have such incorrect understandings of these theological concepts of the Mormon church, I assume the Church would redouble its efforts to correct all these misunderstandings because the wrong conceptions have cast a stain on Mormons that is totally unwarranted and needs to be removed.

Daniel Rios: Hi Dave. Thanks for your follow-up comment. With all due respect, given the clarity of your written ideas, an appeal to "common knowledge" is beneath you. There are many wrong ideas that have, at various times throughout history, been considered "common knowledge." If the Bible's intent is that its references to the physicality of God--clearly stated--are merely metaphorical, show me where in the text it actually indicates that. Then we can talk about how to interpret such a claim.

Your statement, "any concept resembling the created world are themselves created," is non-sequitur. You state it as if it's axiomatic, but it's not. Why does the fact that something is physical require that it also be created? Why couldn't the same thing be said about the spiritual, using your same argument?

It is obviously true that God transcends human understanding. We can't comprehend a Being so perfect and glorious. But why does that preclude the possibility that He chooses to inhabit a physical body? And, while I agree that we cannot understand much of God's nature, if He is as foreign to our experience as you describe, how can we possibly worship Him as a personal God? How can we call Him Father? In some sense, at least, He must at least be approachable, even if impossible to fully comprehend.

Finally, you're certainly right about the misconceptions. Unfortunately, many end up mixing our actual beliefs with rumors--sometimes innocently started, sometimes intentionally spread. To suggest that we are negligent in trying to clarify our doctrine, though, is a bit disingenuous. Perhaps you've seen some of our 70,000 missionaries walking down a street near you? :) Feel free to chat with them... :)