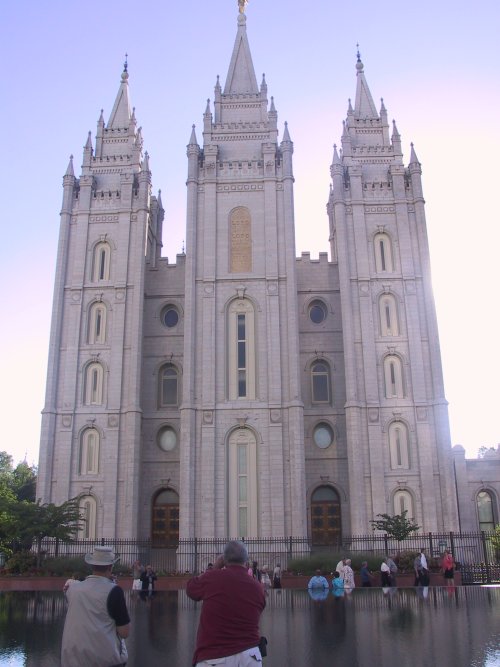 Turn right    Turn left
The Salt Lake Temple was the sixth temple built by the Church. Its construction took 40 years, and it stands as a striking emblem of the Latter-day Saints' dedication and perseverance. It is also the most well-known temple and has come to symbolize the LDS Church to many throughout the world.

"When I think about [the temple], every stone in it is a sermon to me. It tells of suffering, it tells of sacrifice, it preachesevery rock in it, preaches a discourse. When it was dedicated, it seemed to me that it was the greatest sermon that has ever been preached since the Sermon on the Mount.... Every window, every steeple, everything about the Temple speaks of the things of God, and gives evidence of the faith of the people who built it" (Elder J. Golden Kimball, Conference Report, Apr. 1915, p. 79).